Dubbed as an ‘up and comer’ for software development outsourcing, Croatia is a pro-tech country with a heavy government influence and support of the tech sector. The European Union is Croatia's most important trading partner, so Croatia is extremely familiar with traditional business standards. The country’s entrepreneurial environment is a hotspot for tech companies, specifically, Web development, Mobile development (Android or IOS), Enterprise Solutions (SAP, Oracle, and Java-based solutions) and UX Design.

According to the 2018 Eastern Europe Analysis Report, Croatia scored better in the overall evaluation of higher education than their “A-list” neighbors: Serbia and Bosnia.  Typically, former Eastern-bloc countries have a legacy of STEM programs at their universities.

The official language is Croatian; A very high percentage of the Croatians workforce speak English, French, German or Italian.

Croatia’s GDP growth in 2018 is on track for a 2.7% rise over 2017. This same growth percentage is expected for 2019. Meanwhile unemployment in Croatia is at an all-time record low.Croatia has an economy that is heavily service-based. Croatia revenues from tourism are expected to rise 9 percent in 2019 - from 11 Euros billion to 12 billion Euros.

The Republic of Croatia is a an extremely stable unitary state that uses a parliamentary system of governance. The two largest political parties in Croatia are the Croatian Democratic Union and the Social Democratic Party of Croatia. Unfortunately, political and economic horizons are limited by what is called “progressive” or reformist policy.

The ecosystem of Accelerance Certified Expert (ACE) partners includes companies from Croatia that have been thoroughly screened and vetted. These ACE partners have good command of English and have agreed to Accelerance’s terms for intellectual property protection.

Interested in outsourcing your software development work to Croatia? Contact us, we'll help you find the right development team. 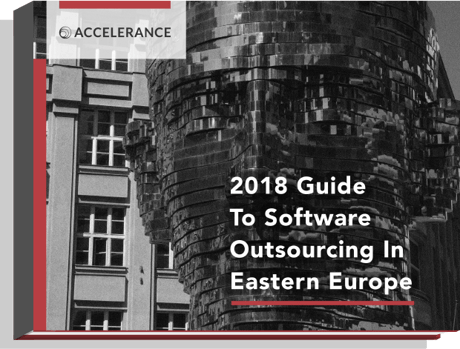