Insights  /  Ruby on Rails for Web Apps: What You Need to Know

Ruby on Rails for Web Apps: What You Need to Know 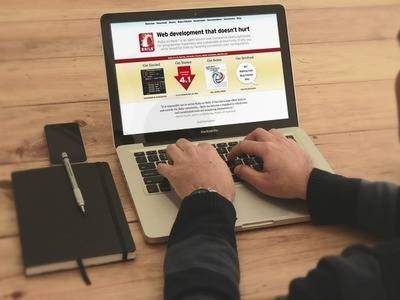 This article will help inform you about the pros and cons of using the Ruby on Rails language and framework for your web applications and development.

What is Ruby on Rails?

It’s an open-source development suite that allows developers to work with a powerful programming language. Rails is a software development framework written in Ruby that enables the simplification and reduction of repetitive tasks. In turn, Rails makes developing Ruby quite efficient.

Ruby on Rails also works well for Agile web development, a methodology to develop software apps incrementally, adding features and functions in two to four-week “sprints”. With Rails helping to cut down on developing time using Ruby, web applications can be brought to market quicker.

Advantages of Ruby on Rails

A key characteristic of Ruby on Rails is its use of Representational State Transfer (REST) architecture that rests around the relationship between the client and the server. This helps creates a logic around applications and coding that developers find highly intuitive and functional.

Proponents of Ruby on Rails also find that it fits into the growing movement of Agile web development, a methodology to develop software apps incrementally, adding features and functions in two to four-week “sprints”. Short agile development sprints easily supports making changes to the final functionality of the software.

Ruby on Rails uses a Representational State Transfer (REST) architecture that rests around the relationship between the client and the server. This helps creates a logic around applications and coding that developers find highly intuitive and functional.

Ruby on Rails programmers work faster than those developing using other  languages.Ruby on Rails helps facilitate this through a growing library of code, numerous plugins, and scaffolding options for building a program base. These streamline and hasten application development.

Ruby on Rails is open source with no licensing fees, so companies large and small can develop with Ruby with little investment other than finding developers proficient in the language.

Disadvantages of Ruby on Rails

Others complain that Rails is not as quick as Java or C. While this is accurate, there are add-ons such as JRuby that help speed up its performance as well as the fact that it’s simply fast enough to run most applications. Despite the slight speed issues involved, it’s still one of the top choices for a variety of web developers out there, including Scribd and Groupon.

Many web hosts are also unable to run Ruby on Rails, which uses more resources than PHP on average. However, there are a number of hosts that can fill needs of Rails developers, such as Amazon EC2, EngineYard, Linode or Rackspace.

Ruby on Rails is not as popular as Java and PHP, which means not as many developers are using it. There is probably a reason for this, and it has to do with the difficulty of learning the language especially compared to PHP. That being said, the advantages it offers means more developers are turning to it year after year, especially once they are able to get a handle on any challenges the language presents.

Outsourcing to Get Ruby on Rails Expertise

The growth in popularity of Ruby on Rails has caused several software outsourcing firms to offer it as a practice. Look closely at their experience in successfully developing web apps for other clients. Another important factor Accelerance looks for when we visit and certify our ACE partners is that the company has an engineering or problem-solving culture.