Being in Puerto Rico feels like having one foot in the West and the other in Latin America. The Caribbean island is a short flight from New York and Miami, and because it’s officially a US territory, you can leave your passport at home.

A global hotspot for software outsourcing, Puerto Rico not only offers significant cost savings compared to the mainland, but has the same laws, regulations and standards, plus a work-day overlap and high levels of English proficiency. Many local engineers have been educated on the mainland, returning with first-hand experience of US culture.

All those advantages drive strong demand for software engineering services in Puerto Rico, so rates are about 20% higher than in other parts of Latin America, says CEO Andy Hilliard.

That’s still a significant saving compared to what you’d pay on the US domestic market for the same level of skills and expertise. And because Puerto Rico uses the US dollar as its currency, costs aren’t impacted by fluctuations in the exchange rate.

“In many ways, it feels like the US, and a lot of people are looking for that hybrid nearshore/onshore model,” says Andy. “For companies wanting the offshore benefits of price reduction and a deep talent pool, alongside domestic assurance and protections, Puerto Rico fits the bill.”

San Juan has the fourth-busiest seaport in the Western Hemisphere, and tourists have been returning in record numbers as Puerto Rico continues to rebuild after the devastation caused by Hurricane Maria in 2017. The place to stay, of course, is Old San Juan, the capital’s historic quarter, with its blue cobblestones and Spanish colonial buildings, some dating back to the 16th and 17th century.

We were in Puerto Rico to meet with a large partner company of software engineers in San Juan, as part of Accelerance’s periodic assessment program. We were introduced to new team members, and took a close look at their processes and practices – from the hiring, training and retention of talent, to client collaboration, problem solving and measuring effectiveness. We also checked out some other potential partners with similarly impressive qualities.

In our down time, we walked around Old San Juan and explored the beautiful coastline. As the birthplace of the Sanjuaneros, artists and musicians who’ve had a big influence on Puerto Rican culture, the capital is renowned for its live music, and there’s life on the street day and night. Andy, who’s been to Puerto Rico before, also made sure we had mucho mofonga. A traditional dish made from fried plantains, it’s a favorite of former pro-baseball player David Ortiz. Outsourcing to Puerto Rico keeps software development “American made”, and directly benefits the US economy. Plus, with the rise of security attacks highlighting cyber security concerns, it’s reassuring to know the Puerto Rican teams you’ll be working with are held to the same legal standard for intellectual property protection as those on the mainland.

Accelerance travels the world to simplify your search for the best offshore companies – and we’re impressed with what Puerto Rico has to offer. If you’re interested in outsourcing your software development, contact Accelerance to find out more. 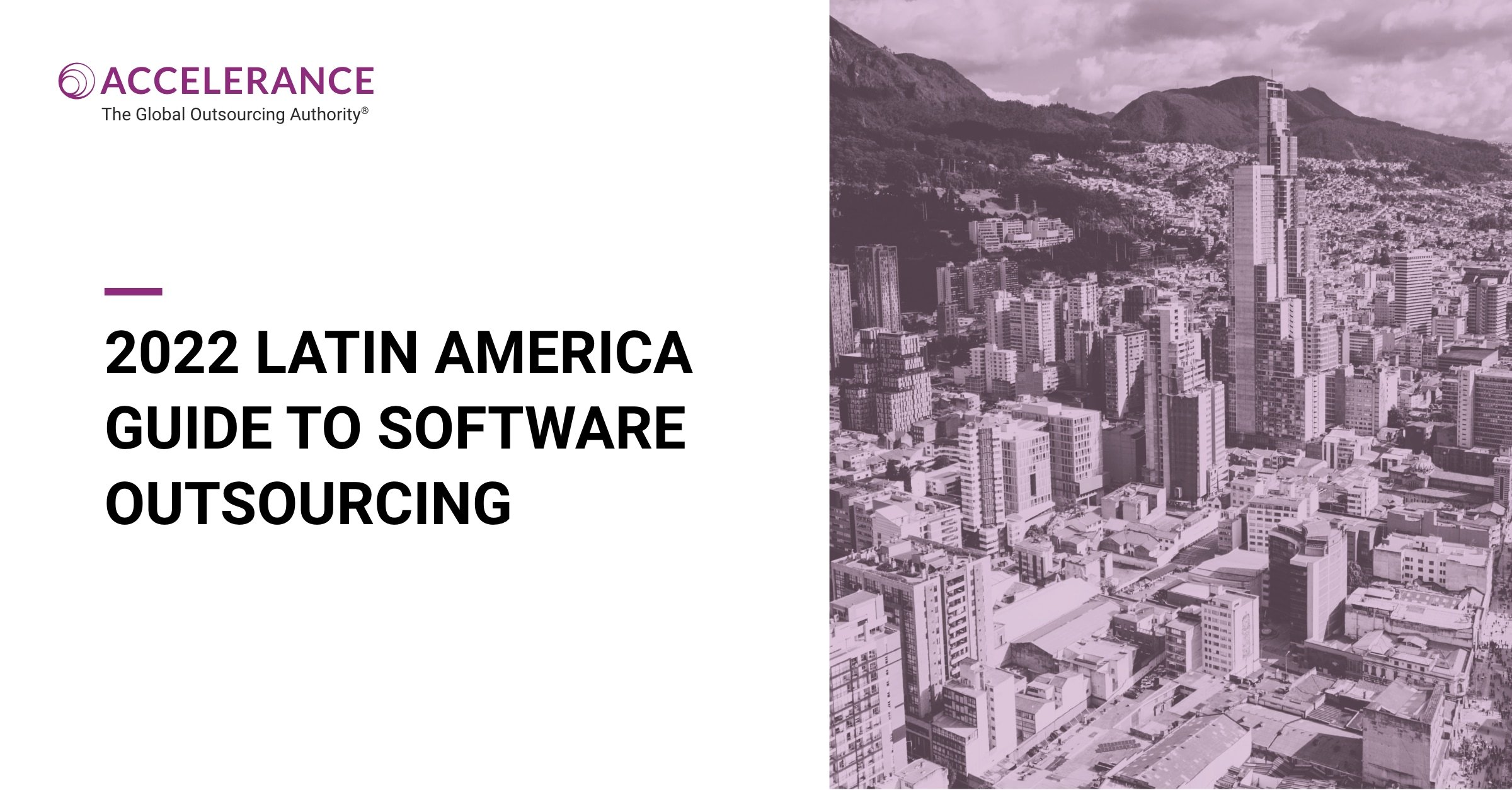