Insights  /  What Tools Does Your Outsource Team Use?

What Tools Does Your Outsource Team Use? 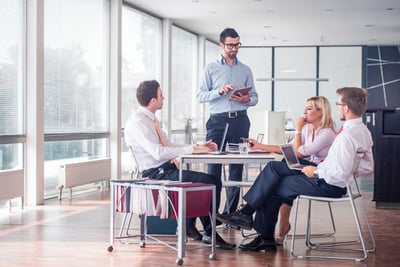 No series on improving modern development would be complete without looking at the new visual tools being used today. If you’re going to hire someone to build your software, you should be certain that they’re using modern tools to do it. A basic understanding of these tools will give you enough reference points to tell which companies would use the best technology available to build your product.

Consider it a bad sign if the development company you’re talking to has never heard of a test environment. If they’re well versed in the whole process, they’re at the right level of specification to provide you with quality software. These days, almost every programmer uses some kind of visual editor to improve the productivity and readability of the code.

I wish today’s visual tools were around in the 80s when I was a programmer. Back in 1984, I spent the better part of half a day trying to find one bug in the C language. In this language, a comment is indicated like this: /* comment */. Anything after that first “/*” isn’t considered source code; it’s text there for the programmer to read, not for the computer or compiler to read, so the comment continues until the compiler sees an asterisk slash. Without that last asterisk slash, the compiler assumes the whole rest of the file is a comment, which is what happened to me. By mistake, I had an extra space between the slash and the asterisk (I typed * / instead of */). It was impossible to see that space until going through about 150 pages of printed code.

With a visual editor, small but time-consuming problems go away. It color codes comments so it’s very obvious what the code should look like and where mistakes were made. Another benefit to visual editors is that they understand the programming language. Say you wanted to change “length_of_name” to “name_length.” A variable has a very specific meaning within the code itself. The visual editor knows it’s not just a string of characters. It can go back and make sure “name_length” is re-substituted only where that variable is used in the code.

A number of coding standards are built into the visual tools to enforce how it should look and be laid out. Getting into the quality of code itself, visual tools provide significant analysis. Some programs determine if there are errors that will occur at runtime – even if it’s syntactically correct. The most common types of errors of this kind occur when allocating memory to store information temporarily, but never freeing it up, which results in a memory leak. Tools that can do a static code analysis will catch this problem quickly.

Another common code analysis capability identifies if the programmer is using modules of code that are copied from the internet and require a license to use. The last thing a software product company wants is to release a product that they suddenly have to pay a license for because some programmer copied code illegally. As the one who’s liable, you don’t need those kinds of surprises.

A few other visual tools include Eclipse, Visual Studio, and an editor popular with Java programmers called IntelliJ Idea. The common name and acronym associated with these programmer tools is Integrated Development Environments (IDEs).

Every company should have perfect quality software from now on – if only they read this blog! Knowing the power of visual tools allows you to understand the capabilities of the companies that use them. When the programmers can dedicate all of their time and attention to developing, you know that company will build much better software much faster.