Insights  /  Where Exactly Should Your 2015 IT Budget be Spent?

Where Exactly Should Your 2015 IT Budget be Spent? 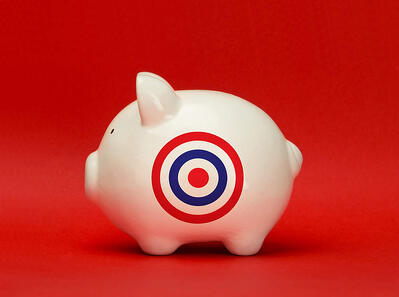 It's IT budget time for 2015, but many CIOs are still struggling with the best way to accelerate the process of getting more done with less capital, getting new products to market at reduced costs and becoming less of a cost center and more of a profit center.

Question is: In what areas will CIOs blend new technology into primary corporate goals?

According to federal CIO Steven VanRoekel, thoughts behind the March of 2014 Obama FY 2015 IT budget slash included a goal to "drive innovation while controlling spending by maximizing the effectiveness and efficiency of everything we do." But think about it: In the past year, high-profile corporations such as Home Depot, Michaels and others have all experienced some measure of security breach. Even as the U.S. government strives to reduce expenses by providing a more open system, corporate IT leaders expect a major dollar-injection into matters pertaining to IT security. Which course seems most desirable?

According to a current Computerworld Forecast survey, over forty-percent of the survey participants expect their organizational IT budget to include large investments in hybrid, private, and public cloud technology. Software as a Service (Saas) will dominate the scene.

The good news: Migrating to the cloud may not demand a huge outlay of IT budget dollars.

Sometimes the migration is as simple as moving from on-premises technology to a budget-conscious resource that reaps lower maintenance requirements and increased functionality and capabilities.

As hardware capacities increase so can the features made available via software applications. To put it bluntly: Yesterday's apps will always need a refresh and a new push has been made possible to significantly improve the UX (User Experience) and UI (User Interface) of applications to improve user adoption and overall user satisfaction. Expect corporations to drop large chunks into the 2015 application development IT budget.

From acquiring and supporting existing mobile devices to developing apps that can take advantage of future and yet unconceived wireless hardware, IT budget resources must respond to the demand to invest in:

Although not completely depleted, spending for on-premises infrastructure and data centers looks to be fading into a bygone era. The new millennial workforce demands corporate support for a bring-your-own-device environment. For 2015, expect a focus set on outsourcing both software and hardware with an emphasis of the development of customized apps.