Insights  /  You Get What You Pay For

You Get What You Pay For 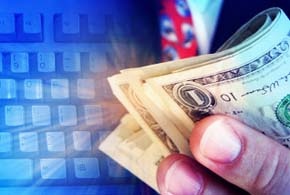 As you probably know, offshore outsourcing is generally about half the cost of developing software in the US. For example, we can estimate a US programmer hourly rate at $50. This is actually a low rate for a highly qualified contract programmer in Silicon Valley. As an employee, the rate will be higher when overhead (office, computer, benefits) is added in. But lets use $50 per hour for the US programmer and $25 per hour for the offshore programmer. We recently completed a project to create version 1.0 of a software product that used an average of 4 people for 6 calendar months, which is about 2 man-years of effort. The math is simple and assuming a year contains 2000 working hours then the cost of offshore programming is about $100K. The cost using programmers in the US would have been at least $200K, plus stock if the programmers were hired as early employees of the startup.

Hiring an offshore team is usually faster than hiring individual programmers and ramping up their efforts until they are productive. In this example, we assume it takes the same amount of time for each approach. Even so, this is significant savings, especially if you are paying this money out of a seed round funded by friends and family.

What about the $25 per hour for offshore developers? Is that a reasonable rate? One client told me recently that he heard programmers in India are paid between $5 and $10 per hour. Where is the additional $15 to $20 going?

This is a fair question and the answer is easy to understand. First of all, an offshore engineer , in India and other countries, will earn a higher rate if they have more experience. A rate of $5 per hour is for a very junior programmer; a rate of $10 is what a programmer with three to four years of experience can earn. More experience and/or specialized knowledge will cause the rate to go higher. As the programmer’s rate goes higher, so does the rate charged by the offshore company to a US client. Some offshore companies will charge $30 to $50 per hour for this special talent.

There are two basic types of offshore companies that do software development - those that handle Information Technology (IT) projects and those developing products for independent software vendors (ISVs). IT projects can be small or large, and are usually a one-time development effort. If an IT project gets off track, the results can sometimes be “patched up” at the end to meet the project requirements.

Developing software products is different. The development process must support a longer product life-cycle of multiple releases. “Patching” will lead to rework in later releases which can be expensive and time consuming. Also, ISVs require a combination high quality and timely completion, normally achieved with a well-defined software development methodology. Consequently, offshore companies focusing on IT projects often hire junior programmers without software product development experience, enabling them to charge a lower rate.

I have heard stories of offshore companies charging only $5 per hour in the US for IT projects! No doubt this is an introductory rate offered by some offshore companies to get their foot in the door at a client, especially when they do not have any significant references with other clients in the US. There is no way for an offshore company to stay in business charging such low rates.

Lets assume a $10 per hour rate is paid to the offshore programmer working on developing software products for an ISV. The offshore company must pay the overhead for these programmer employees just like a company that hires employees in the US. Overhead can easily double the programming rate, before some amount of profit is added in to arrive at the rate charged to a US client. In addition, sales and marketing costs may be added, such as commissions to sales people that find and close business in the US. Commissions can be from 7% to 12% of the billed amount.

I have seen four approaches to selling in the US by offshore companies.First, the offshore company can have a dedicated person or a small sales team representing the company in the US. For smaller firms, sales are handled by one person, usually a permanent resident in the US, who is often a relative of one or more offshore team members. In this case, compensation for selling is a share of the profits of the offshore company, perhaps with a small commission. The US representative can also provide some amount of project management and facilitates communications between clients in the US and the offshore team.

A second approach is for the offshore company to hire an independent representative – either a US company or US citizen that may represent multiple offshore development companies. Compensation for this type of representation is commission only, but sometimes also includes a small monthly retainer. Such an independent rep is primarily responsible for closing business. They have little technical expertise and provide limited help with project management.

The third approach is when the offshore company has no representation in the US. A US client must seek out these companies on their own, through personal connections and by traveling to the offshore country to conduct interviews. Clearly, having some familiarity with the offshore culture helps in this process. The travel and time expense of setting up a relationship with this approach can be easily justified by the cost savings over time.

This third approach is most easily used by a foreign national entrepreneur living in the US. He or she can work with cousins in Kiev or college buddies in Bangalore and save not only the commission, but also negotiate a lower rate as well. A small amount of stock can lower the rate even further. For example, I have heard of one entrepreneur in the US that hired three programmers back home in India for an average rate of $500 per programmer per month. In the ten months it took to develop his first software product, the entrepreneur spent only $15K. Who needs venture capital ?!

The downside of these first three approaches is the amount of project management you must do yourself. You, or an employee you hire in the US, must deal with translation of requirements, communications across multiple time zones and track the progress of the offshore team. This may not amount to a large expenditure, but you must plan for it to ensure the success of the software development process.

The fourth and final approach is to hire a US based company with relationships with one or more offshore companies. Often the US company you hire has some particular area of technical expertise, or experience with a unique market application. Accelerance is an example of this approach, with our specialized focus on developing software products for startups. Companies like Accelerance subcontract to one or more offshore companies at a discounted rate. The discount becomes the profit for managing the development process (like Accelerance’s Vision Success™ service).

All the examples given have used an hourly rate. This is a common billing arrangement for offshore development and the client is charged for actual time spent by the programmers. The invoice should include a careful accounting of how many hours were spent by each programmer. Beware of invoices that only have a dollar amount or always use same round number of hours per week. Are those programmers really spending all those hours on your project?

In fact, some offshore companies do not wish to be bothered with tracking exact hours for programmers that are dedicated to your project. Instead, they charge you a flat dollar amount per programmer per month, with the same total amount you would pay for a month of 40 hour work weeks. Programmers often spend more than 40 hours per week on your project and monthly fees can give you a more predictable software development budget.

Finally, I want to mention a important outsourcing option growing in popularity amongst US companies hiring offshore software development firms. It is called Build, Operate & Transfer or BOT. The offshore company is contracted to build a team of programmers (or assign an existing offshore team) for the client. The offshore company then runs the operation (the facilities, telephone, Internet service, human resources, etc.) to support the team. The team can include one or more senior members to act as project managers to direct the daily work. At a point in the future, the US client has the option of transferring ownership of the team from the offshore company to the US client. The team effectively becomes part of the US client company. The cost of the building and operating the team is same as hiring an offshore company, as we have discussed.

There are 2 major benefits to BOT for the US client. First, the transfer improves the chances their intellectual property (IP) will be retained. Second, making the team part of the US company, enhances the value of the company in the case of a merger or acquisition.

The cost of the transfer is completely negotiable. Some offshore firms will not charge for a transfer, being happy to earn your business in the meantime. Others will want some amount of cash compensation, justified by the time and cost of replacing the transferred team. Still others will try to negotiate some amount of stock. It is also important to define exactly what happens at transfer time. I will cover BOT in more detail in a future issue of “Runtime”.