Software development outsourcing can be described as being onshore, offshore, or nearshore -- but what’s the real difference?

It’s all about the distance from the hiring company. For example, if your company is located in Western Europe, it would be considered “nearshore” to hire a developer team in Eastern Europe while a team in Asia, Latin America or the US would be offshore. If your company is located in the US, and you hire  a developer team in the US, that’s considered “onshore”. 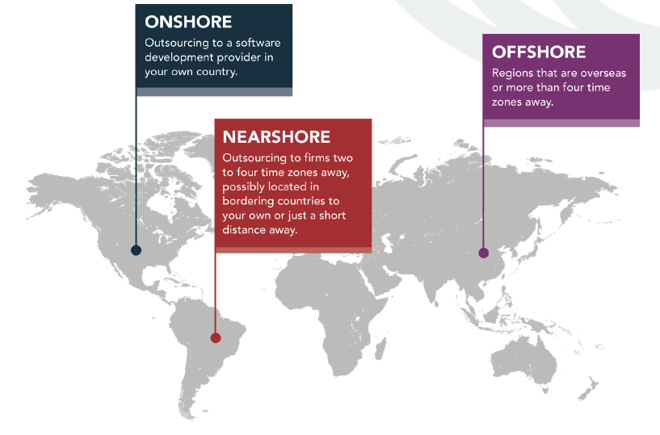 * Note: Example of onshore, offshore and nearshore are all in relation to North America.

Nearshore and Offshore Saves 40% for US Firms

When compared to US salaries, offshore and nearshore typically provide the best hourly rates which makes them the most cost efficient. 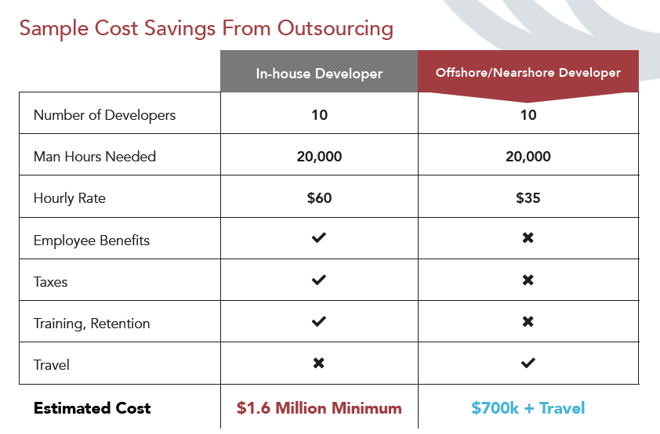 In the table above, you’ll notice that hiring 10 in-house developers cost significantly more than the projected cost of outsourcing 10 offshore or nearshore developers. With employee benefits, travel costs, training and retention, and more -- the fully burdened cost of in-house developers just doesn’t make sense for many companies. In contrast, software development outsourcing cuts the costs for benefits, taxes, and training and retention, which makes outsourcing the cheaper route.