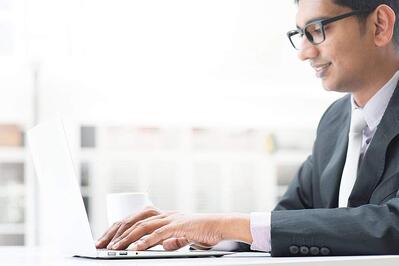 How many times have you heard about offshore software development that was delayed or failed completely because of communication problems or “cultural differences”?

You can avoid or at least minimize these problems with your software outsourcing to India by improving your listening skills. Let’s look at one aspect of communication with Indian programmers you may not be aware of – how they say the word “no”.

Most Indians feel a fundamental need to say what other people want to hear during a conversation. Of course, this seems false or just plain “wrong” to an American ear. Even if an American is culturally aware it can be difficult to grasp these nuances that culture plays in communication. We often have an emotional reaction to cultural differences in behavior and communication because we are conditioned by our own cultural norms (thanks to our parents!)

So here’s a short guide to help my fellow culturally challenged Americans on how to know when an Indian programmer (manager, team lead, etc.) means “no”.

When you are busy dominating a conversation about your software development you may notice your Indian programming team is not saying much in response. Be careful! It’s not awe. They are probably disagreeing with your ridiculous approach or unrealistic release date.

Changing the subject = NO

Technical managers can be easily distracted by interesting programming questions. But don’t forget to circle around to get the answers you need to important questions. For example:

STEVE: Will the software be finished by Thursday?

SANJEEV: I wanted to ask you about the Foobar module…

STEVE: (excited about the new functionality Foobar brings to the software app): Yeah, we are really looking forward to that feature!

SANJEEV: Yes, it is very cool. Will it be made available for all users?

No, the software will not be finished by Thursday.

Postponing an answer = NO

When you ask, “Will the software be finished by Thursday?” listen for responses like “I’ll get back to you on that…” or “I’ll have to ask the team…” that may seem reasonable but probably mean no. After all if the answer was truly yes then an Indian would say it. There is some chance “the team” will provide the reassurance to say yes later, but for now consider the answer is no, the software will not be finished by Thursday.

Repeating the question = NO

STEVE: Will the software be finished by Thursday?

STEVE: Yes, we want the support team to try it out on Friday so you have until the end of the day on Thursday.

The software will not be finished by Thursday.

Turning the question = NO

If the response is another question back to you like, “Do you think we can get everything done by Thursday?” or “Is Thursday still a good day for you?” then then plan for a delay.

Hesitation in answering = NO

If the answer is really yes then an Indian programmer will blurt it out quickly. But if there is any hesitation, unusual facial expressions or body language then it means the actual answer is a pain-causing “no” that gets expressed as a noncommittal response.

A conditional yes = NO

I was stranded in the Mumbai airport on a rainy night last year when my flight was canceled. I learned that a Cathy Pacific flight was scheduled to leave at 3am heading in my intended direction (but was probably already full up). I asked the agent anyway, a kind-hearted middle-aged Indian man, “Can you get me on the Cathy Pacific flight to Singapore?”

“That would be difficult” he said.

In New York, my response might have been, “Okay, let’s do it!” But on that rainy night in Mumbai I recognized his true meaning and knew instantly that the answer was no. I was put up in a Marriott hotel for the night and left on a flight the next evening.

As a general shortcut in communication with your Indian programming team, remember that the absence of “yes” in a conversation really means “no” and you should adjust your plans accordingly. Bugs, unclear requirements & technical challenges in software development are unavoidable no matter what country you are in. The trick is to identify these problems quickly and address them.

Am I picking on Indian programmers in this post? No, and I really mean no! If I am criticizing anyone, it is us Americans for not listening carefully enough to Indian software engineers and the way the normally and naturally speak.

Indian programmers want to do a good job. It’s just natural for them to want to do a good job politely. Ability to compensate for cultural issues is one of the things Accelerance looks for when assessing our partners. Don’t say “no” to using the excellent programming teams at our Indian partners because of concerns about cultural differences.

* It is a myth that Eskimos have an unusually large number of words for snow although the Sami people of northern Scandinavia actually do.

For more detail & tips I recommend checking out our 2018 Guide to Software Outsourcing in Southeast Asia, as well as the book Speaking of India: Bridging the Communication Gap when Working with Indians by Craig Storti. 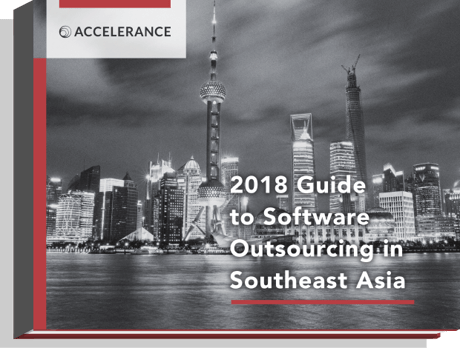 Fill out the form